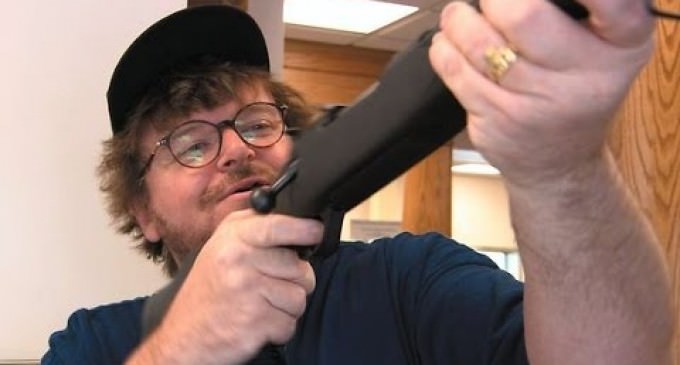 After years of illogical thinking and hate mongering against the right, Michael Moore is finally showing some signs of intelligence. Earlier this week, Moore actually agreed with the NRA. As it turns out, that old saying, “Guns don't kill people, people kill people” has some truth to it. Though Moore, in order to not lose credibility with his left leaning peers is claiming that the use of guns for deadly intents is characteristically American.

According the Hollywood Reporter, Moore believes the NRA is only half right. He goes on to clarify that “Guns don't kill people, Americans, kill people”. He used Canada as an example, talking about the estimated five million hunting rifles and shotguns owned by Canadian citizens and the fact that they're not out there “shooting each other on a daily basis” like Americans do. While that might be slightly exaggerated, he has a point, saying that the explanation for the behavior differences between Americans and Canadians can't be attributed to violent movies and video games because people in Canada are watching the same movies and playing the same games. It's when Moore beings to explain himself that things get a little hazy.

Read what he said on the next page.