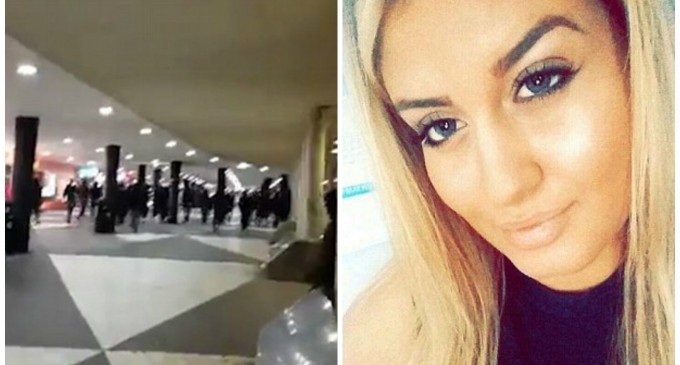 A revenge attack was carried out in the Stockholm train station as a great mob of masked men wearing black masks beat up refugees and their children last week.

Prior to the attack, it is reported that a group of 200 people handed out “xenophobic” leaflets that pronounced ‘Enough Now!”

Swedish media said that the mob was targeting minors with a “foreign background”.

The video on the next page shows the mayhem of men running, yelling and scattering those who were in the train station.  The reporter on the video states:

“A mob made up of hundreds of masked men attack children refugees at a Stockholm Train Station.  The attack was revenge for a child refugee attacking women who live there.”