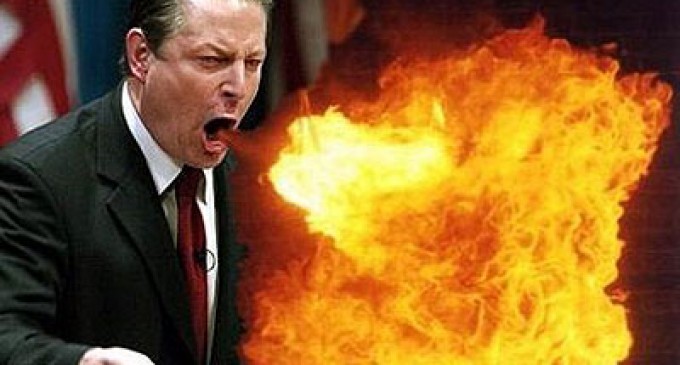 When the dust bowl happened, where was climate change alarmism?

Large parts of our country was buried under monster clouds of dust in the 1930’s. Photos of those storms look nothing short of apocalyptic.

Yet, there was no clarion call to destroy industry or blame oil nor were there activists promoting a political movement in the name of communism disguised as science.

In the 1970’s, popular culture married climate science per se. Once the unholy alliance was consummated, science was altered forever.

The power of a cultural (read political) narrative over wonky science speak was evident when children in elementary school a wanted to save a dying planet. By showing children pictures of the Statue of Liberty submerged and telling them they could save all the cuddly animals, advancing an agenda “for science” was a piece of cake.

It made a lot of people rich too.

Scientists who resist the siren’s call to easy money and a “popular” opinion are often called “deniers” or “denialists.” An ugly epithet that infers they are similar to Holocaust deniers. Dr. Richard Lindzen is one such scientist and he is speaking out against the trend of “popular opinion science.”