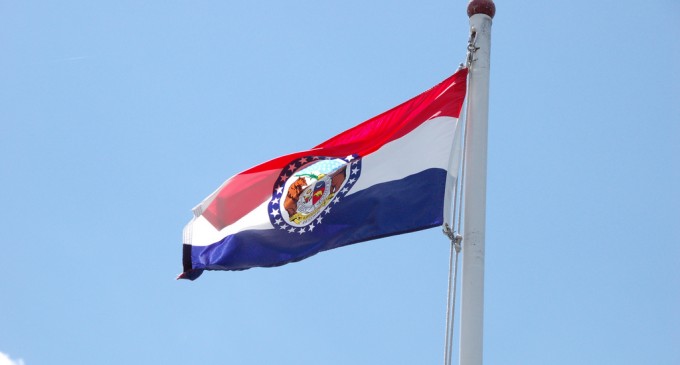 In a victory for gun owners, Missouri Senate has voted 23-10 to nullify any federal gun control laws.

In another bill, Senate Joint Resolution 36 (SJR36) proposes an amendment to the Missouri state constitution with that obligates the state government to uphold the right to keep and bear arms, which passed the Senate by a vote of 29-4.

Both SB613 and SJR36 now moves on to the state House, where it will first need to pass out of committee before the full House can consider it.

Information on supporting this move by the Missouri state government can be found here.

SB613 counts as what could be the strongest defense against federal encroachments on the right to keep an bear arms ever considered at the state level. It reads, in part:

Federal acts which would be considered “null and void and of no effect” include, but are not limited to:

(a) Any tax, levy, fee, or stamp imposed on firearms, firearm accessories, or ammunition not common to all other goods and services which might reasonably be expected to create a chilling effect on the purchase or ownership of those items by law-abiding citizens;

(b) Any registering or tracking of firearms, firearm accessories, or ammunition which might reasonably be expected to create a chilling effect on the purchase or ownership of those items by law-abiding citizens;

(c) Any registering or tracking of the owners of firearms, firearm accessories, or ammunition which might reasonably be expected to create a chilling effect on the purchase or ownership of those items by law-abiding citizens;

(d) Any act forbidding the possession, ownership, or use or transfer of a firearm, firearm accessory, or ammunition by law-abiding citizens; and

(e) Any act ordering the confiscation of firearms, firearm accessories, or ammunition from law-abiding citizens

The legislation specifically bans all state employees from enforcing or attempting to enforce any acts running counter to the proposed law. Such a tactic is an extremely effective way to stop a federal government busting at the seams. Even the National Governors Association admitted the same recently when they sent out a press release noting that “States are partners with the federal government in implementing most federal programs.”

That means states can create impediments to enforcing and implementing “most federal programs.”  On federal gun control measures, Judge Andrew Napolitano suggested that a single state standing down would make federal gun laws “nearly impossible to enforce” within that state.

James Madison, the “Father of the Constitution,” advised this very tactic.  Madison supplied the blueprint for resisting federal power inFederalist 46. He outlined several steps that states can take to effective stop “an unwarrantable measure,” or “even a warrantable measure” of the federal government. Madison called for “refusal to cooperate with officers of the Union” as a way to successfully thwart federal acts.

The bill passed despite strong opposition from the law enforcement community. According to a Report from the Institute of Justice, Missouri law enforcement cashed in to the tune of $34,462,153 in forfeiture from 2001 to 2008. They only get this money if they do the bidding of the federal government.

The NRA also came out against the legislation due to a proposed amendment. Anti-gun Senator Jamilah Nasheed added language requiring gun owners to report a stolen firearm to police no more than 72 hrs after the discovery of the theft. The NRA claimed the amendment also included penalties.

“Those who are unable to report a lost or stolen firearm within this arbitrary amount of time, would be subject to penalties including: a $1,000 fine, Class A misdemeanor and the loss of their Right to Carry Permit.”

But the actual text of the amendment included no such language. (read it here)

Bill author Sen. Brian Nieves and Nasheed agreed to reconsider and the amendment was removed earlier this week, removing the source of NRA opposition.

In what many legal experts consider a controversial move, the Missouri bill also includes criminal charges for any federal agent who violates the state law. Under the law, state and local law enforcement would have “discretionary power”  to determine determine if they will press charges. Inside sources say this was done to alleviate concerns from Missouri Law Enforcement organizations who actively lobbied against the effort in 2013, citing a requirement to arrest “federal law enforcement partners in the field” as a primarily concern.

While constitutionally valid within the original understanding of the Constitution, “legal experts” and federal courts won’t likely support this provision. Even so, every bill in Missouri is severable. That means if a court finds part of it unconstitutional, the rest remains. And the main provision calling on the entire state to stop enforcing federal gun control measures stands on solid legal ground under the anti-commandeering doctrine. Court precedent going from 1842 to 2012 holds the feds simply cannot require state to help them violate your rights. And the feds don’t have the manpower to do it themselves.

Also today, a measure supporters say will work hand-in-hand with SB613 passed the Senate.  Senate Joint Resolution 36 (SJR36) proposes an amendment the Missouri state constitution with text obligating the state government to uphold the right to keep and bear arms. It passed the Senate today by a vote of 29-4.  If passed by the House, it will go to Missouri voters for approval this fall.

According to Missouri First, as a constitutional amendment to the Missouri Constitution’s existing Article I, Sec. 23, SJR 36 does these things:

SB613 and SJR36 now move on to the state House, where it will first need to pass out of committee before the full House can consider it.