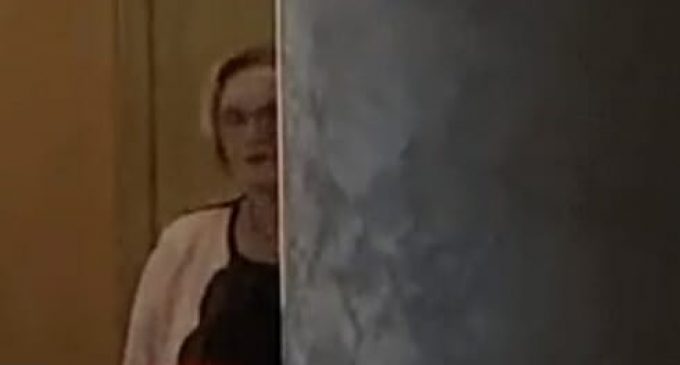 A laughable video has surfaced of Missouri Senator Claire McCaskill hiding and peaking around a pillar at a town hall event until a reporter was removed. McCaskill, who ran on a platform of openness and transparency, has had her hypocrisy immortalized in a gif of her literally hiding from the press.

The senator has every reason to be worried. She is up against Republican Senate candidate Josh Hawley in her bid for reelection. President Trump has been campaigning for the GOP candidate – Trump won the state by 20 points.

McCaskill has been under fire by many Missourians not only because she voted against the confirmation of Supreme Court Justice Brett Kavanaugh, but for her opposition to having the 2020 census ask people about their citizenship status.

“Sen. McCaskill would love to give more representation to California. That’s what will happen,” Mr. Hawley, currently the state attorney general, said.

“Places like California and New York that have greater numbers of illegal immigrants, they are going to end up with more representation, and we’ll lose seats. She is fine with that, though,” he added. “That just strikes people in Missouri as craziness. They just don’t understand it. I don’t understand it.”

Move to the next page to see the comical video of McCaskill hiding from the press.