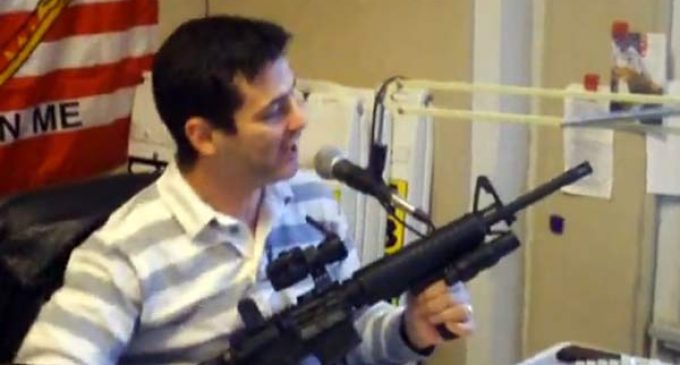 Here's another encouraging case of a state working to uphold constitutional rights in defiance of federal law. Missouri looking to pass a bill to help counteract existing federal gun laws in a move to protect the Second Amendment rights of Missourians.  Federal agents who attempt to enforce President Obama's new gun regulations could face arrest and fines.

“This is primarily purposed to protect liberties of Missourians,” said Senator Brian Nieves, the Republican sponsoring the bill.

The bill would also give school districts the option of allowing designated staff members to carry concealed firearms in school buildings, allow holders of concealed weapons permits to carry their firearms openly, and lower the minimum age for a concealed carry permit from 21 to 19.

The bill’s chances are respectable. Neighboring Kansas successfully passed legislation nullifying some federal gun laws in April 2013. Missouri nearly passed a similar bill in September, but it was vetoed by Democratic Governor Jay Nixon after passing through the state’s Republican-controlled house and senate.

Republicans failed to overturn the governor’s veto – but this time they are more optimistic. Fearing that the bill will pass, Democratic legislators have been working to attach amendments to the bill that would moderate its effects.

This is just one of many examples of state governments deciding to act to protect the constitutional liberties of citizens. Is this the kind of legislation you would support?