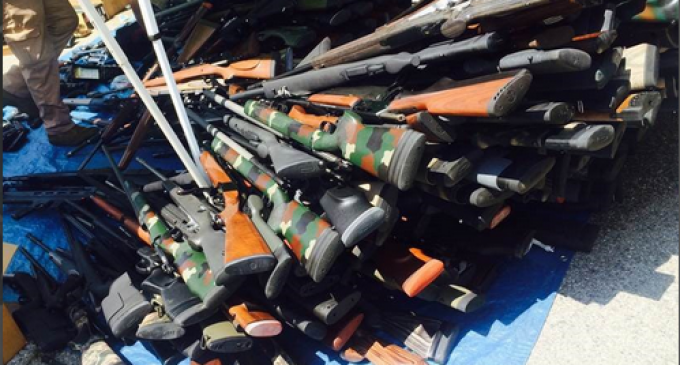 60-year-old Jeffery Lash died on July 4th, 2015 this year from cancer. His body was discovered in an SUV in upscale Pacific Palisades, California by police on July 17.

When police investigated his property they found 1,200 weapons estimated at $5 million, six tons of ammo, several military vehicles and $230,000 in cash.

That right there is quite interesting, but the story gets more bizarre…a lot more bizarre.