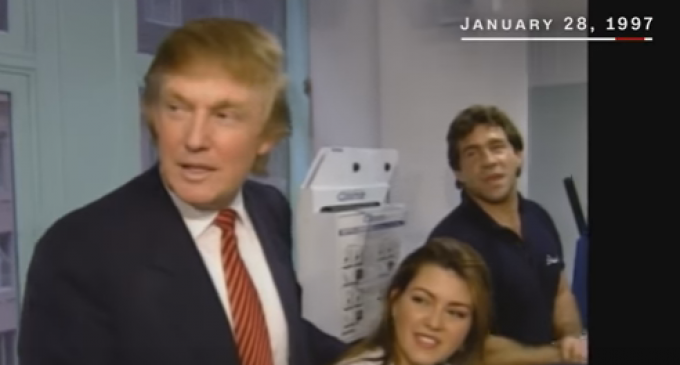 The left's endless attempts to discredit Donald Trump have become tiresome and sad. Their pathetic potshots have reached the point, where they're now using old news make Trump look like a monster. The about that is that Trump isn't saying things that people aren't thinking themselves. It's like getting offended at somebody for breathing. Half of the things the media is bringing up are things that people wouldn't care about had it come out of the mouth of somebody else. Hillary Clinton breaths lies and skeletons, but you don't see the media have a field day with that.

The latest issues comes up as former Miss Universe, Alicia Machado was claimed as having been shamed for her weight. This, of course, was taken from an interview that was taken completely out of context, which you can see on the next page, where Machado seems to be smiling and having a good time. On Tuesday, she launched her own attack against Trump, accusing him a abuse and “stupid things” which she didn't specify on, making her use of the word “stupid” somewhat ironic.

Then something interesting happened. The Associated Press came across some interesting information about Machado, whose dark past has finally caught up with her.

Find out what she did and see the video on the next page.