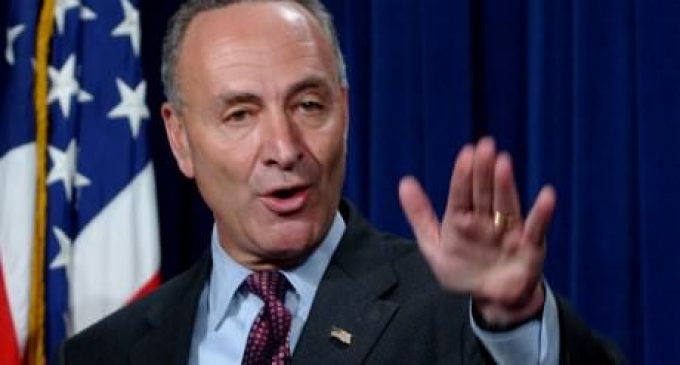 Monitoring the news requires the tedious and sometime infuriating experience of listening to leftists such as Pelosi and Schumer. At times it’s as excruciatingly painful as the proverbial fingernails being scratched across a chalkboard. That said, we can find comfort in the fact that the word “minority” appears before their official titles. And we can be even more grateful that Donald Trump dispatched Hillary Clinton into political retirement. The thought of a nation where Pelosi were once again speaker and Schumer were Senate majority leader with Hillary as president is, well, let’s not even go there. Just be thankful that is not the case.

Of course, as the leader of the opposition, Mr. Schumer is doing what he can be expected to do — oppose. In today’s political climate, this means opposing measures even if you actually believe they would be beneficial. Neither Mr. Schumer nor Mrs. Pelosi must give any credit to the Republicans or especially to President Trump no matter how salutary their actions or proposals might be.

So, you’ll find the latest attack on President Trump’s agenda by Mr. Schumer on page two.