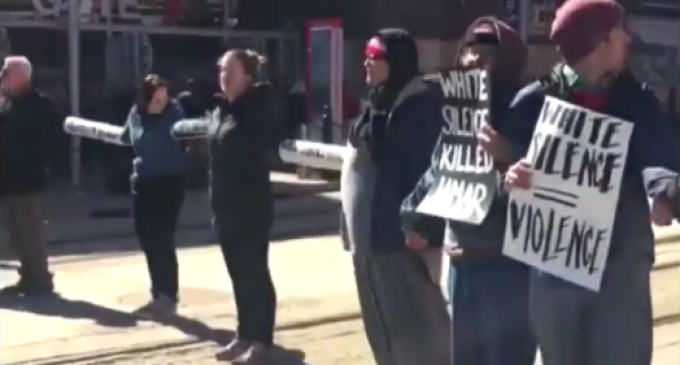 The left is becoming restless and turning to the disruptive methods it once employed back in the chaos of the 1960's.

This is no surprise, considering how activist groups like Black Lives Matter see themselves as the direct successors to the civil rights movement. However, whereas the people of the civil rights movement fought for their very dignity and liberty, the agitators associated with Black Lives Matter seek to foster hatred towards law enforcement and cast aspersions on those who disagree with their positions or methods.

If the group's activities were confined to the Internet, perhaps we would be able to overlook their incendiary remarks and irresponsible actions. But as Minnesota Twins fans unhappily learned, they most certainly are not doing that.

Minneapolis was almost ready for the big baseball game at Target Field when BLM activists planted themselves on train tracks leading to the city. Police were ultimately able to vacate the protestors, but not before they forced a train and made passengers late to the game.