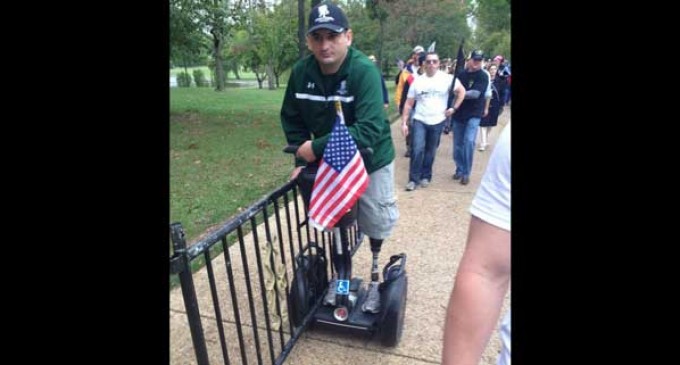 As we reported this morning, the “Million Vet March” descended on Washington D.C., removing barricades in order to visit monuments closed due to the partial government shut-down. The group stacked the fences, in some cases delivering stacks of barricades in front of the White house.
Police were present to control the crowds, but as of this posting, the demonstrations have been peaceful. Here are some glimpses of the activity: