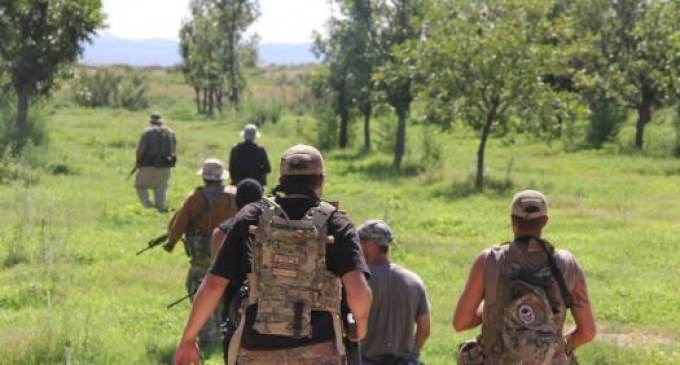 Republican state Rep. Doug Miller recently stated that the 10 or so militia groups currently patrolling the Texas/Mexico border have been effective in protecting private residence and are working well with local law enforcement.

“What I was told is (the militia groups) are on private property, helping ranchers and owners to keep illegals coming onto or through their property … and there haven’t been any problems,” Miller stated. “When (the groups) are coming into an area, they’ve been very forthright, letting (law enforcement) know they were there so there wouldn’t be some type of negative interaction.”

Not everyone views the militia as being helpful, however. Democrat Van de Putte states “Local law enforcement and federal Border Patrol agents have been clear. The presence of these outside independent militia groups does nothing to secure the border; it only creates an unsafe situation for law enforcement officials that are protecting our communities. Unfortunately, the vile rhetoric of my opponent inspires misguided efforts.”

The militias began organizing in mid-June. By the end of July, more than 10 independently operated private militia groups were patrolling the border between Texas and Mexico, ignoring calls from Customs and Border Patrol to back off and inviting criticism from local lawmakers. In more than 30 images obtained by the Express-News, “dozens of members” can be seen, sometimes talking to CBP agents. In one photo, a CBP agent can be seen giving directions to armed militia members operating a vehicle.

Barbie Rogers, who runs the Patriot Information Hotline – a 24-hour conference line that the militias are using to coordinate their efforts – told VICE News that 14 groups have taken up patrol along the border from Texas to California, with more on the way.

“We need people out here to help control the influx of people,” she said. “As of a month ago, there were 130,000 people that have crossed the border illegally since January. Our economy cannot handle that. In the past month, we’ve added another 30 or 40,000 [undocumented immigrants].”

In June,CBP spoke out against those gathering around the border aiming to keep watch over immigrants attempting to cross the border. The agency said it does not “endorse or support any private group or organization from taking matters into their own hands, as it could have disastrous personal and public safety consequences.”

Miller said the influx of Central American children illegally crossing the border us due to Mexican drug cartels that are “helping and encouraging people to send their children” to the United States.

“It is all part of the strategy of the cartels to cause distractions for border patrol and for our law enforcement so they can continue or enhance their drug operation,” Miller continued, adding that the cartels are the root of violence and poverty in the Central American countries.

Between October 1, 2013 and July 31, 2014, nearly 63,000 unaccompanied alien children (0-17 years of age) were apprehended along the southwestern border of the US, according to the latest statisticsfrom CBP – a 100 percent increase over the same time in fiscal year 2013. During that same period, agents also apprehended almost 63,000 family units – a 471 percent increase over FY2013. There have been close to 230,000 “other than Mexicans (OTMs)” entering the country over the last nine months, adesignation that makes it difficult for the federal government to quickly deport the immigrants back to their home countries in Central America. A Customs and Border Protection vehicle patrols near the Rio Grande along the US-Mexico border near Mission, Texas July 24, 2014. (Reuters/Eric Gay/Pool)

The militias are there to assist CBP agents who are overwhelmed by the massive spike in undocumented immigrants this year, leaders of the groups have said. Minutemen Project co-founder Jim Gilchrist told KPHO-TV that he doesn’t want his militiamen to act aggressively. Rather, he said, his group will only assist federal border agents.

The arrival of the militias and talk of amnesty and asylum for the immigrants have combined to create a dip in morale for CBP agents, WND reported last Tuesday.

“With all the talk of comprehensive immigration reform and amnesty coming from Washington, so many people illegally crossing the border have it in their minds that ‘I need to get away,’ and whoever is standing in their way is going to suffer their wrath,” Chris Cabrera, a Border Patrol agent for nearly 13 years and a vice president in the National Border Patrol Council Local 3307, said in an interview with WND.

“The morale is not there and the Border Patrol service is not behind its agents,” Cabrera said.

Although neither Texas Gov. Rick Perry nor Attorney General Greg Abbott (who is currently a candidate for Texas governor) have mentioned the militias ‒ which may signal tacit approval of the groups ‒ Texan Democrats, some local officials, and the CBP have spoken out against them. 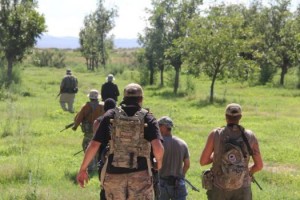