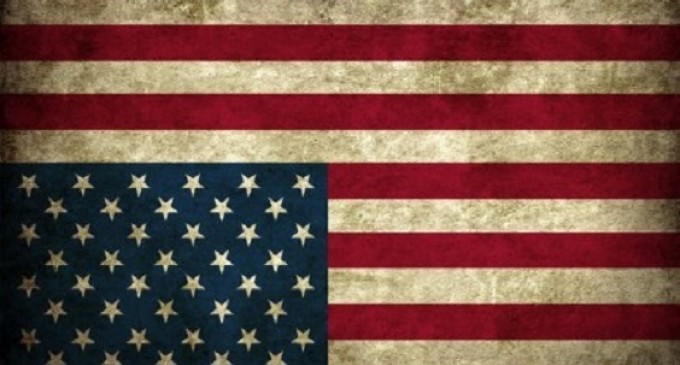 On that date, millions of Americans will march on Washington and demand the removal from office all the treasonous officials that have raped our country.

UPDATE: All legal and constitutionally created militia groups across the United States have been contacted to mobilize and march on Washington DC alongside patriots.

1.8 million people have already responded to the call and are mobilizing and or supporting the effort, however, the movement is calling for 10 million.

If removal is not immediate, 1 million will remain at the Capital until removal is obtained. This includes Obama, Reid, Holder and many others who have violated the Constitution.

Become part of this movement! March on Washington D.C. this coming May 16th and help us take back our country!

Dear Save America Foundation Members and all Patriots across the United States,

Be advised that I am in the process of notifying and contacting all legal and constitutionally created militia groups across the United States to mobilize on Washington DC for “Operation American Spring”currently scheduled for May 16th, 2014 and commanded by my friend Colonel Harry Riley US Army Intelligence (Retired) Silver star.

1.8 million people have already responded in kind and are mobilizing and or supporting this effort.  We need 10 million.

The Senate and the Congress feel it is in the best interest of this nation to fund illegal immigrants and keep them sustained with free health care, tax breaks, free education in our schools, EBT cards, public housing and the like. They wish to keep sending tax payer money to foreign countries that hate us. They wish to fund bogus global warming projects in the billions and they refuse to take a pay cut themselves.

Yet they will now deny the wounded veteran his pension COLA increases which he or she earned and depends on while struggling to survive day to day, some are in wheel chairs and without arms and legs.    Mr. Politician you are now going to be held accountable.

This vote,  to first deny and then block the able bodied and disabled veterans their earned pension COLA raises is unacceptable and an act of treason against the Republic from the Marxists in the government.  They must want a war against 25 million veterans.  Mr. Communist, Mr. RINO, Mr.. Democrat, Mr. Republican. So be it. You got it.

I called the Marxist Senator (comrade) Harry Reid this morning at 0430 hours and left him a message  notifying him that we are now mobilizing and coming to see him soon in Washington. We are not leaving the grounds surrounding our White House or the Congress until Mr. Barry Soetoro, the Muslim imposter, has been removed from office for treason and/or impeached for crimes against the constitution.

Speaker Boehner you may want to start reconsidering his decision not to investigate the inaction by our government in regards to Benghazi too.  We are coming to town. Your on the visitation list too. We will NEVER forget Benghazi.

If you would like to call Senate Leader Comrade Harry Reid and relay your own message his number is 202-224-3542.  Do not threaten, we come in peace, but we are not leaving Washington DC until Mr. Barry Soetoro, the illegal immigrant from Kenya, who studied as an Indonesian foreign student in this nation, who flew to Pakistan in 1981 on a foreign passport, has been removed from office.

We have the resources, the money the training and the Constitutional protections to take this country back. And we will. You have pushed us too far Mr. Marxist,  now you will see who runs this country. It is we the people.

We live in a Constitutional Republic not a Marxist dictatorship.  It’s time.

33 million Egyptians took back their country from the terrorist group, the Muslim Brotherhood, a terrorist organization  supported by and propped up by Barry Soetoro and the former Secretary of State (born again Communist) Hillary Clinton.  This is also treason against the United States for aiding and abetting the enemy.

Impeachment charges have been drawn up  in the past and presented to the Congress against Mr. Barry Soetoro with NO ACTION, no response.  They are spineless gutless cowards with as much intestinal fortitude as a rotting possum run over by a semi.

I want all Tea Party groups – Militia groups and like minded individuals who have the courage (and understand and know) that God and the constitution are on their side, to start to prepare NOW to mobilize for“Operation American Spring” May 16th 2014.  location Washington DC.