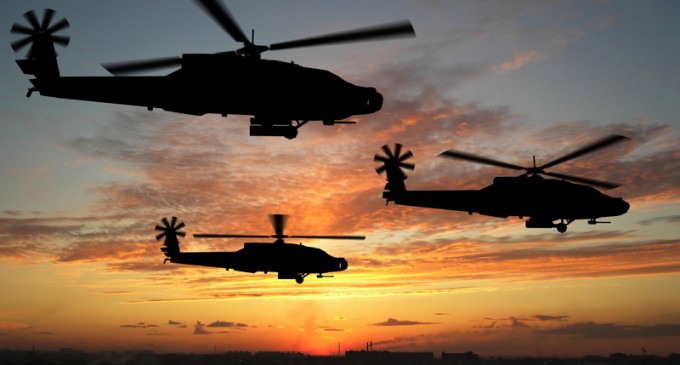 Residents of Phoenix, AZ, were taken aback to find a series of helicopters, flying more than a little too low for comfort and unloading mysterious figures dressed in black onto a downtown rooftop earlier Friday.

Having no reason to expect this activity, citizens panicked and assumed that it was somehow related to the terrorist attacks in Paris last week. Frightened, they barraged the police with calls about the unexpected choppers and the suspicious figures coming out of them. The police, however, had been expecting it, as it was part of a new training exercise by the military and arranged in advance with the city's police department.

This explanation is somewhat strange, given that the military has more than enough bases and locations in which to carry out such exercises. Not to mention the fact that said bases and locations are undoubtedly more safe than open cities like Phoenix. One can't help but feeling the whole thing is fishy.

Learn more  about the shady helicopters in Phoenix at the link below: