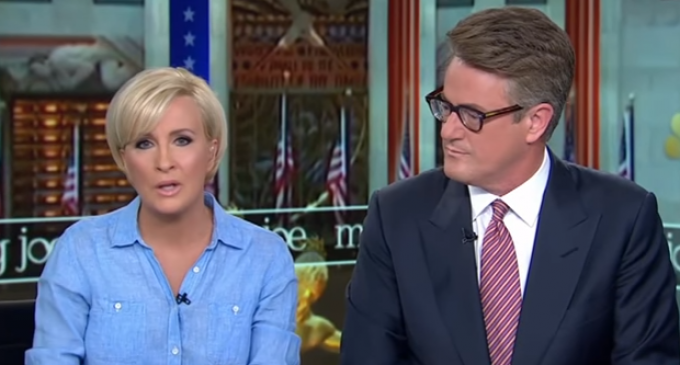 President Trump beat the establishment when he won the election back in November. The establishment is not composed of just Democrats or just Republicans, mind you. They need traitors planted in every sector of government, in every corner of the media, and the enthusiastic endorsement of Hollywood.

That is why CNN doesn't give a damn if they’re busted for selling the unsubstantiated Russia story to spike revenue and ratings. They’re part of the global elite, just like MSNBC. No one in political history has been attacked the why President Trump has been in the short 6 months since he’s been in office. That is a fact. Regardless of whether you’re on the left or on the right.

So, it’s of little surprise that MSM is working overtime to defame and attack the president 24/7. Hypocrisy, common sense and values are thrown to the wayside. This is a literal war unfolding beneath the surface for the establishment’s control of our country.

But the country doesn't belong to them, it belongs to the people and the people voted to elect President Trump because they’re tired of the all the bologna and empty promises.

Yet, to hear liberals talk, you’d be hard pressed to figure out what they even felt to be the worse problems hitting everyday Americans. You see MSNBC isn’t in an uproar because President Trump did something that negatively impacted the daily lives of the people who elected him as their leader. The greatest problem facing America to MSNBC and Morning Joe hosts Joe Scarborough and Mika Brzezinski, it’s themselves.

Joe, no matter how much you cry foul at President Trump, people are still going to think you’re a Clintonesque dog for letting Mika make up for her lack of intelligence by crawling under the desk while you worked some late nights.

Nothing has changed about the lack of integrity, sickening hypocrisy, and vile filth that projects every time you try to open your mouth to try and take the moral high ground.

So, nobody is that surprised that you think the most important thing going on in the world right now is yourselves, or that you believe the President is obsessed with… Find out on the next page