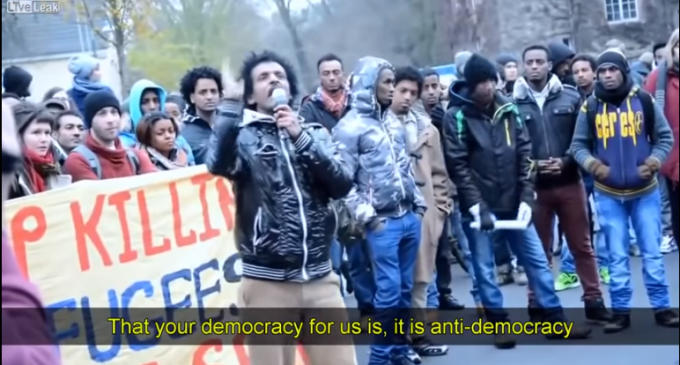 The wave of migrants coming to Europe isn’t stopping and Germany’s Chancellor Angela Merkel still continues to keep an open door policy of welcoming mostly all Muslim immigrants into her country.

Many Germans feel that Merkel’s pro-migrant policy could be the greatest threat to Germany since the Soviet Union fell and now 1/3 of all Germans are calling for her to resign.

Over recent months the “spin” on migrants coming to Europe has been that countries like Germany could expect just 1.5 million migrants but the reality is a lot worse.

Thanks to a recent article by the Bild newspaper in Germany we know that the wave of migrants currently hitting Europe could bring up to 7.36 million because every migrant coming to Europe will bring at least eight members of their family once they finally get settled.

How soon could we see the end of Germany as we know it? Go to next page to learn more.