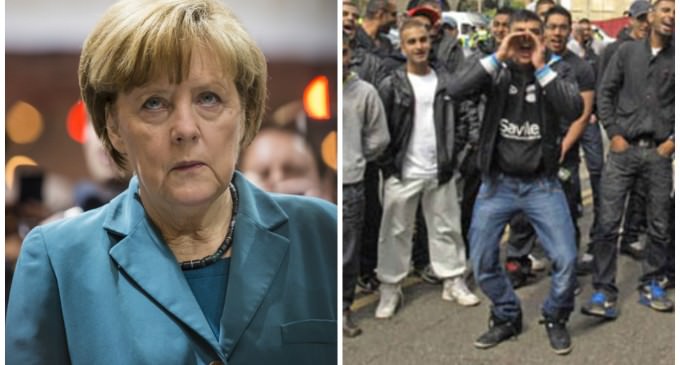 Germany’s leaders seem intent on committing cultural suicide if not national suicide. And Chancellor Merkel is quite willing to stand by and let it happen, if not actively encouraging the process. So derelict is this woman in her responsibility to the people of Germany that she should be brought to trial for treason. As a committed globalist and advocate of a one-world-government, her loyalties are not with the German people, but with her colleagues across Europe and elsewhere who are enemies of the nation-state.

As a result, the people of Germany are suffering horribly from an onslaught of refugees who have no apparent intention of following the law or even acting in a decent and civilized way. As opposed to showing appreciation for the opportunity to live in a nation like Germany, they inflict deliberate harm on the German people. Deportation is the obvious answer — which means it won’t be used.

The crime statistics are awful, and one must question when things finally hit the breaking point.  More on page two.