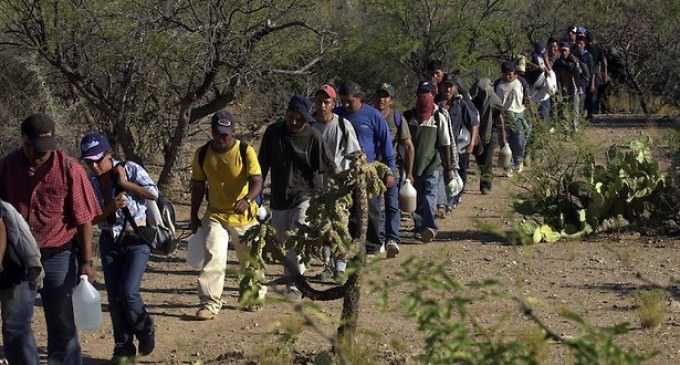 The sentiment of many from Mexican and South American is that of Isaias Franco of El Salvador, “If Trump wins, we're all screwed and all Latinos are screwed”.  Franco is trying to get back to a migrant shelter in Ciudad Jaurez, just across from El Paso, Texas, after being deported a year ago.

Many from south of the border have heard Trump's  anti-immigrant tone and are frantically tying up loose ends and making their way north, to get in, before the threat of a wall keeps them out.  There must be something behind the idea of a wall that will indeed help curtail illegal immigration.

According to the U.S. Customs and Border Protection (CBP), the data details that 150,304 migrants were detained between October and February, trying to cross the U.S.-Mexico border, this is up 24 percent from the same time last year.

Read how Trump's campaign promises are stirring of the migrant pot on the next page.