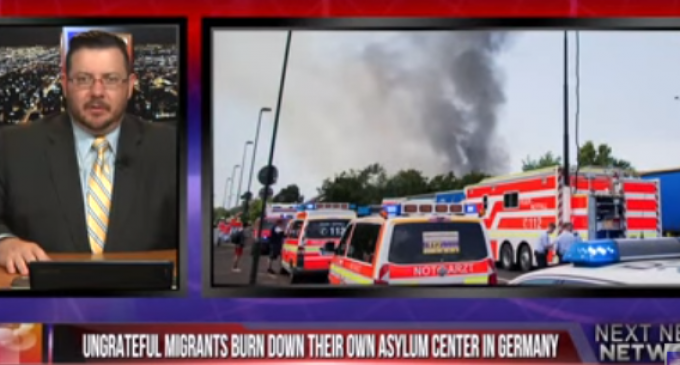 Migrants are continuing their destructive rampage across Europe, this time in the German town of Düsseldorf. It was there that a fire was deliberately set during a dispute among Middle Eastern migrants at the town’s exhibition center.

Many previous bouts of chaos have erupted in Europe due to conflict between the newly immigrated Muslim population and the countries’ existing communities, but now it looks as if the Arab population has gotten so big and unruly that they’re starting fights among themselves.

The European continent was out of control before, but now the chaos is out of the countries citizens. They can no longer begrudgingly accept the new lives being forced upon them in order to avoid chaos. Now it’s happening regardless.

To make matters worse, the reason for the dispute was directly related to the faith of the new migrants. It seems religion doesn’t predispose them to a sense of civility.

See what caused the fire on the next page: