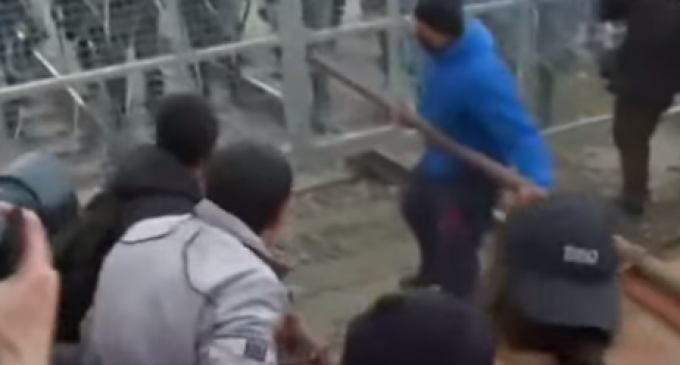 Desperation generated mass hysteria at the border of Macedonia and Greece, as an estimated 6,500 migrants have been forced to remain there for days.  Macedonia has implemented a 500 migrant per day policy into its country, creating gridlock at the border.  Unwilling to accept the delay in their migration, hundreds of migrants fabricated a battering ram to break down the fence that is between them and their next stop on their European passage.

On one side of the fence, the Macedonian police stood their ground, in riot gear, while the throngs of migrants, pressed against the fence, ramming against it, again and again with their makeshift battering ram.  As the fence gave way, the police used stun guns and fired tear gas at the thousands of migrants, scattering the multitudes, who were attempting to breach the border.

Macedonia has recently imposed a limit, each day, on the amount of migrants allowed into the country each day, limiting it to 580 people.  This limit has created a backlog, an estimated 6,500 individuals are waiting near the Greek village of Idomeni.

The violence at the border fence of Macedonia can be seen on the next page.