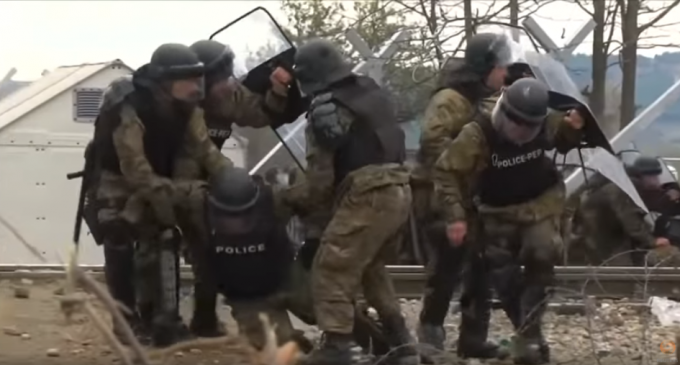 The next chapter in the never-ending tale of European Migrant Madness takes us to the Greek-Macedonian border.

Armed with rocks, the refugees began to stone Macedonian authorities who were attempting to build a fence along their border. The tense scene was caught on camera, as officials were pelted by the violent migrant men. While the authorities hid behind riot gear, several were injured in the standoff.

This video paints a stunning image of the very people who will soon arrive in their new home countries with their hands out for government aid. As they beg — and demand — for help from civilized nations, they'll likely be defended as defenseless refugees by political officials. This event, and many, many others like it, show these refugees for what many truly are. They are ruthless, violent, exploitive people looking to take advantage of others' bleeding hearts.

To see the video, continue reading on the next page: