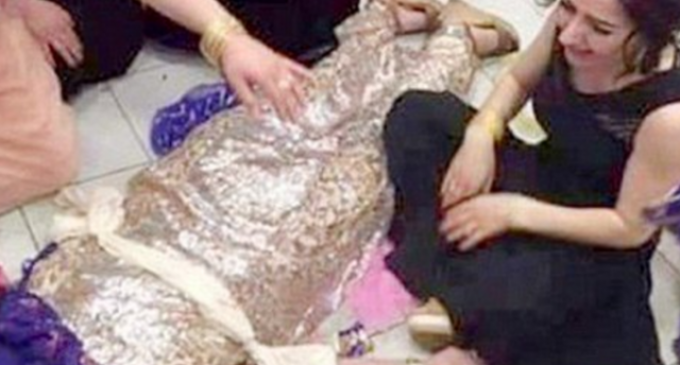 A second-generation Kurdish migrant living in Germany has been publicly executed after refusing to marry her cousin. The 21-year-old was shot dead at a wedding in Hanover, Germany. Her father posted a photo online of his daughter lying in a pool blood, with a caption saying that she was a victim of a “treacherous tradition”. The cousin is currently on the run, and police have obtained a warrant for his arrest.

According to the father, their family had fled Iraq when his daughter was just three years old. She has since grown up as an independent, westernized young woman with German citizenship. She was studying property management at a college in Hanover. Like so many before her, she was the victim of an ‘honor killing’ which is something Muslims do to women when they feel they’ve brought shame on their family.

Read what the father had to say on the next page.