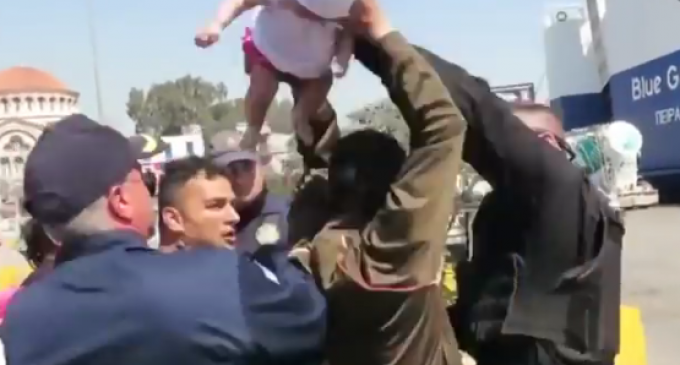 With 53,000 migrants stuck in Greece, unable to move further north because Europe nations have closed their borders to the refugees, the country is struggling to handle the throngs of humanity.

A harrowing incident occurred at the port of Piraeus, where approximately 5,000 migrants are encamped.  The Greek government announced it needed the port back for the Easter holiday and planned to move the refugees to locations around the country, but the migrants were not having it.

Pro-migrants volunteers are being accused of inciting the migrants, encouraging them to demand that the borders be re-opened, and creating unrest in the migrant camps.

In this turmoil, one migrant clashed with Greek officers, grabbed a tiny baby and threatening to throw it.

Read the horrifying story and view the video on the next page.