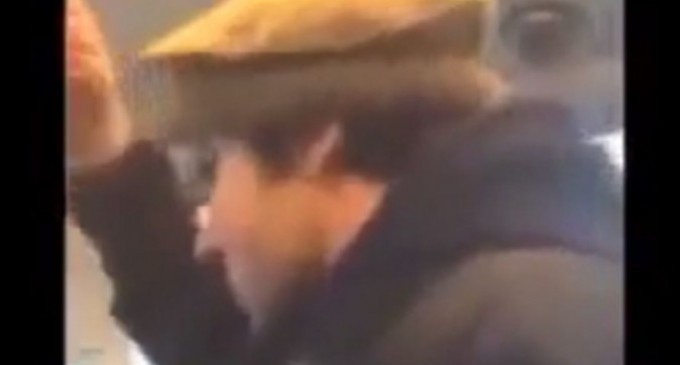 As the stories of sexually aggressive migrants pour in, an Afghan wannabe jihadist was filmed on a bus in Sweden railing against the sexual predations of the Swedish people.

He named a lot of enemies in the west, America being chief among them.

He attacked Jews and the hospital system in the same rant.

The Swedish people he was insulting showed restraint, a fact that seemed to encourage the young angsty jihadist wannabe.

One could imagine and episode like this playing out much different in the United States. Such a ridiculous tirade would be halted quickly, splashed on the news channels and also become fodder for the next South Park episode.

Yet once again we are treated to the folly Europe has wrought by engaging in a self destructive policy of importing people unwilling to live in civilized societies.

This young man dreams of mob justice, tearing apart perceived enemies and making heroes out of the Taliban. He will tear down the truth and women's rights with one blow and bask in the glory of Allah in  the doing of such deeds.