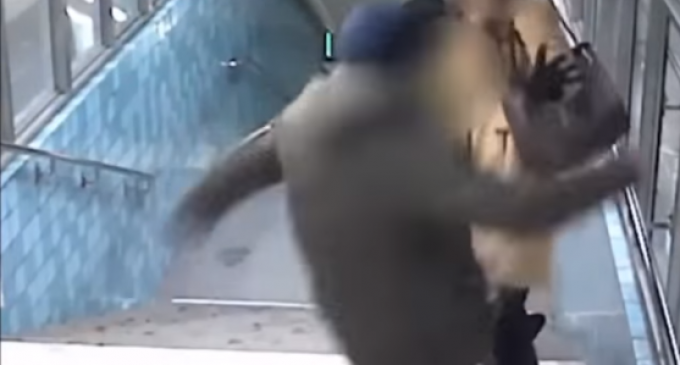 In a video that's gone viral since it's release, a Tunisian man can be seen attacking a woman in front of her two young children and then spitting on her at a metro station. In the wake of the immigration crisis, Sweden is one of many European countries that have opened their doors to Muslim immigrants and have gone to great lengths to protect them from the citizens, who after months of increases in crime (rape specifically) have had enough. It would seem that the cell phone video taken of this event is finally enough to prove how dangerous some these individuals actually are.

The man in the video on the next page has since been branded “the most hated man in Sweden”. The attack happens after the mother of two children attempts to protect an old lady from having her purse stolen by the Tunisian man. The footage shows the man kicking and punching the mother. The police went public with this video on Thursday, and on Friday the culprit was identified and arrested.