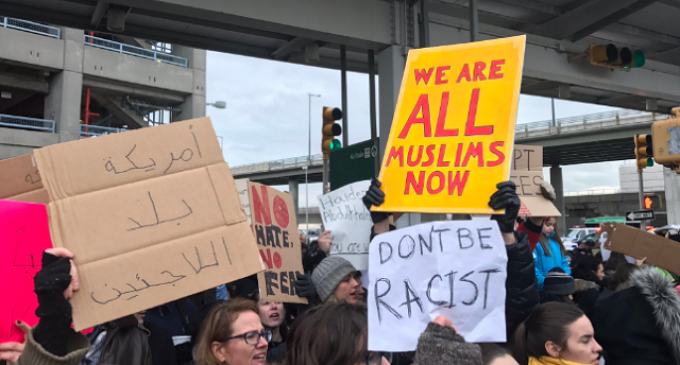 It's only been a week since Donald Trump was sworn in as President of the United States, and he has already implemented waves of change in the way the country protects itself.

During the campaign, the dark horse Republican candidate won over voters with his calls to better vet the thousands of refugees pouring into the US from the Middle East. With the spate of terrorist attacks in Europe as well as the occurrence of several here, it is understandable, to say nothing of imperative, that we overhaul the vetting process that determines whether or not people should be admitted within our borders.

Now that the election is over and he is safely ensconced in the White House, Trump is wasting no time and making good on his promises, using his executive power to introduce and implement his new security policies.

Just days after President Trump's executive order directing the nation's immigration and security services to deny entry to refugees from seven countries assessed to pose serious terror risks to the US until the administration devises a way to better vet them, two Iraqi migrants were stopped and held at JFK Airport. This development signals the commitment of the White House to its national security agenda:

“The lawyers representing the two detained Iraqis, Hameed Khalid Darweesh and Haider Sameer Abdulkhaleq Alshawi, told TheNYT they were not allowed to meet with their clients when they learned they had been detained. When they asked who they should talk to regarding their case, a Customs and Border Protection agent reportedly told them to “call Mr. Trump.”

They filed a writ of habeas corpus early Saturday in New York demanding their clients be released, and filed a motion for class certification so that they might represent all refugees and immigrants who say they are being unlawfully detained.

“These are people with valid visas and legitimate refugee claims who have already been determined by the State Department and the Department of Homeland Security to be admissible and to be allowed to enter the U.S. and now are being unlawfully detained,” Doss told TheNYT.”