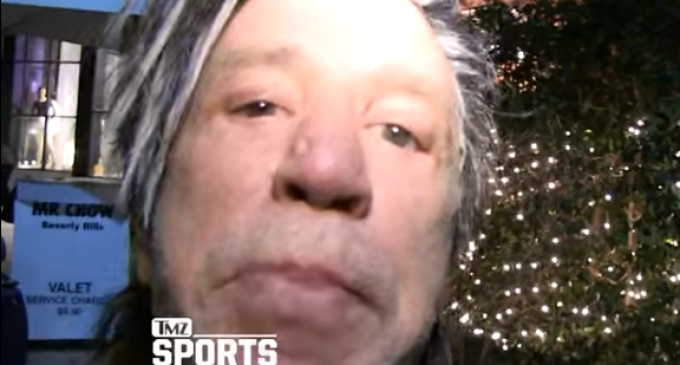 Another Hollywood airhead has gone on an obscenity-laced tirade against Donald Trump.

Speaking to a reporter for tabloid site TMZ, Rourke offered his thoughts The Trumpster while tossing a baseball back and forth with a friend of his for a good chunk of the video.

Even before he and his friend started lobbing the ball to each other, the actor prefaced the activity by stating that Trump is the “biggest scumbag on the planet” and a “maggot with an ‘f' in front of it” before concluding “f** him and f**k the horse he rode in on.”

Rourke proceeded to denigrate Trump's wife Melania, referring to her as “one of the biggest gold diggers around” and asking “how could you sleep next to that flabby, fat piece of s**t?”

To hear Rourke's insightful comments for yourself, turn to the next page: