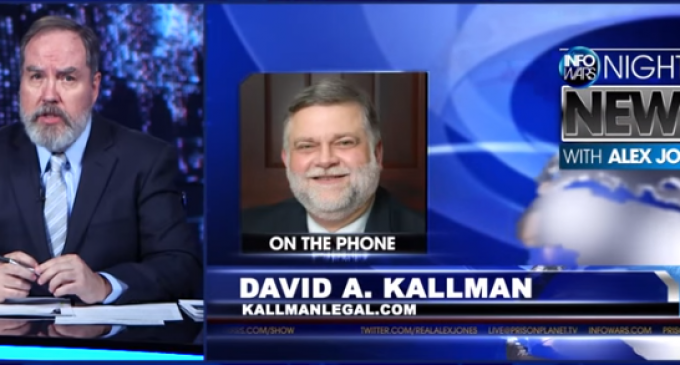 Keith Woods, a father of seven and former pastor, was distraught when he learned about an Amish farmer in Michigan who was being prosecuted for filling in some low lying property on his farm to grow some crops, an action which garnered his arrest and prosecution for violating wetlands laws.

Mr. Woods was not the only member of the community that was outraged at the injustice of being denied the use of one's own property, but he decided that he would like to do something to help the case of the farmer. He found a brochure online published by the Fully Informed Jury Organization that instructed readers about a law enshrined in the legal annals and espoused by the likes of Thomas Jefferson.

Jury nullification is the legal principal that a juror, in spite of jury instructions given by the judge of a case, can vote his conscience if he feels an injustice or incorrect application of the law is being committed. It upholds the honor and duty of jurors to stand alone, if necessary, in order to see justice properly adjudicated.

Mr. Woods felt that it was important to inform community members, including potential jurors in this particular case, of their right to vote in whatever manner they felt would lead to a just and proper decision in the case. Mr. Woods he took some of the Fully Informed Jury pamphlets and stood in front of the courthouse, handing them out to anyone who would take a copy.