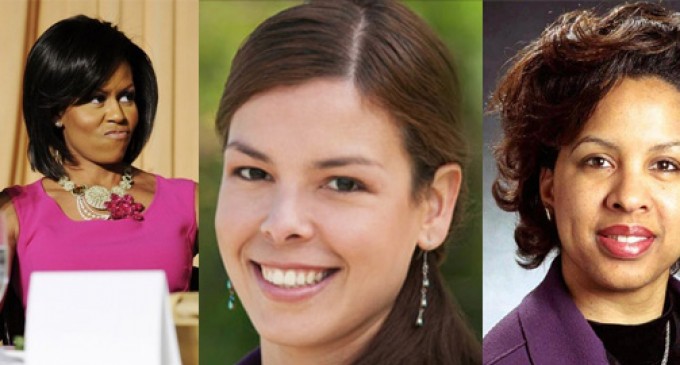 Michelle Obama’s Princeton classmate is a top executive at the company that earned the contract to build the failed Obamacare website.

of ’85, is senior vice president at CGI Federal, which earned the no-bid contract to build the $678 million Obamacare enrollment website at Healthcare.gov. CGI Federal is the U.S. arm of a Canadian company.

are both members of the Association of Black Princeton Alumni.

and previously served in the Peace Corps in Gabon, West Africa. Her decision to return to work, as an African-American woman, after six years of raising kids was applauded by a Princeton alumni publication in 1998

, became an Obama 2012 campaign donor after his company gained the Obamacare website contract.

As reported by the Washington Examiner in early October, the Department of Health

and Human Services reviewed only CGI’s bid for the Obamacare account. CGI was one of 16 companies qualified under the Bush administration to provide certain tech services to the federal government. A senior vice president for the company testified this week before The House Committee on Energy and Commerce that four companies submitted bids, but did not name those companies or explain why only CGI’s bid was considered.

On the government end, construction of the disastrous Healthcare.gov website was overseen by the Centers for Medicare and Medicaid Services (CMS), a division of longtime failed website-builder Kathleen Sebelius’ Department of Health and Human Services.