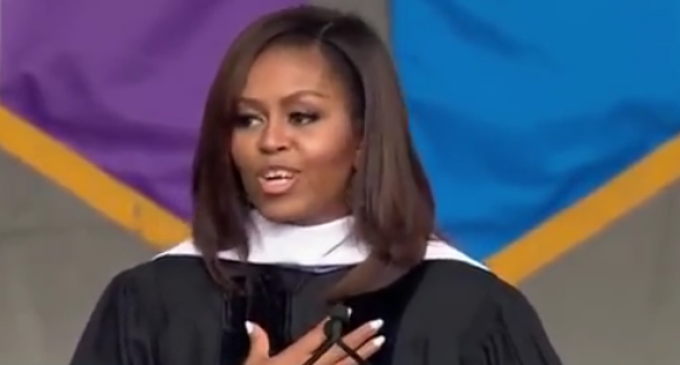 The nation is experiencing Barack Obama fatigue, and we are tired of his self-righteous lectures to people who might want to own a gun, to attend church, or who think that businesses actually were created by entrepreneurs risking their own capital, not by government bureaucrats who actually spend most of their time devising ways to stop business development. Yes, they did build that!

But equally tiresome is wife Michelle Obama, who has vacationed the world over on the taxpayers dime, but who is still whining almost daily about white people and how hard it is to be black and discriminated against. When husband Barack was nominated to be president the first time around she stated that for the first time in her life she was proud to be an American.

It has gone downhill from there.

She is simply an entitled racist who will never be happy until white people are put in their place. She is, in short, one low-class black bigot.