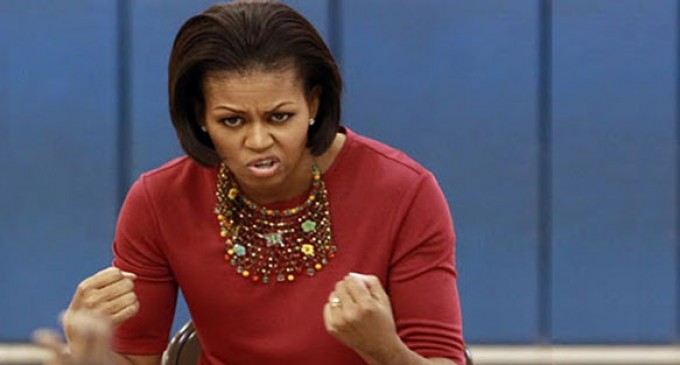 Michelle Obama thinks it's racist that someone at Target asked for her help with something.

Perhaps the most frustrating thing about Obama's Presidency is the thing that makes it especially unique: his family's race. It was certainly a factor during both of his presidential campaigns. And the Obamas are still playing the race card, despite holding the loftiest positions of power in the entire world. You'd think that between running the events at the White House and pushing health food, Michelle Obama would have something else to complain about besides being asked to help someone at Target. But during an interview with People, Michelle and Barack opened up about “racist” experiences they have had before and during their time at the White House.

Barack has been mistaken for a valet. Michelle wasn't mistaken for anything besides being someone helpful. It's almost as if human interaction that isn't designed around them is necessarily racist.

See the interview on page 2.