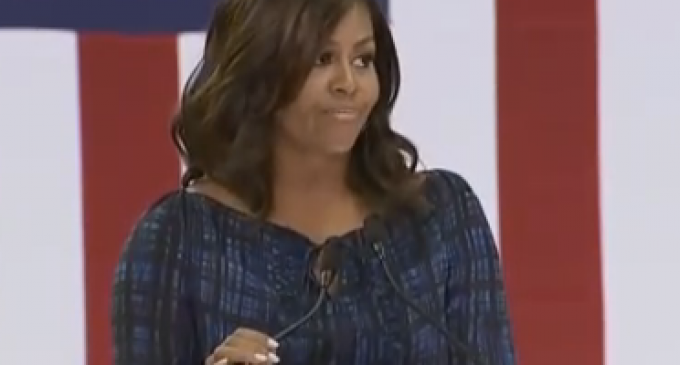 If you tuned into the presidential debate this week, you might have noticed that it was somewhat of a circus. While most will agree that Donald Trump won, including liberal documentarian Michael Moore, it was an odd affair, the likes of which Americans have never seen during a presidential debate. It was more of an argument between two candidates and less of a debate. Though Trump did raise some good points and certainly put Hillary in her place several times, the issues brought up during the whole affair seemed to have reopened some old wounds, which the first lady was quick to become defensive about while on the campaign trail for Hillary Clinton.

A couple of the issues brought up by the debate moderator Lester Holt, included the birther controversy and Trump's treatment of Rosie O'Donnell, something and somebody so insignificant that they're not even worth the breath to argue over. Then Michelle Obama hit the campaign trail with Hillary and fired back at Trump with that signature look of angst and entitlement that she's become known for.

Find out what the first lady said on the next page.