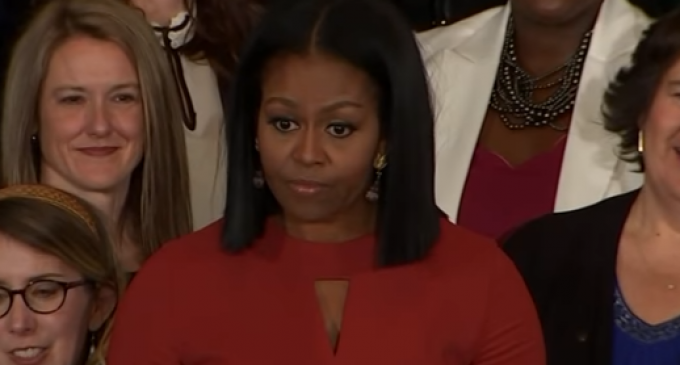 Michelle Obama has been dubbed by many to be one of the most influential women to grace the public eye. Young liberals have even gone as far idolizing her by placing her on a pedestal that she clearly doesn't deserve. If you look back on the past eight years and try to find something good she's done, the list is short. Her time in the White House is painted with more failures than successes. And let's not forget about her part in seemingly endless race war that's taking place in the United States. She's not only fueled it, but she's been at the forefront of it many of her speeches and interviews. Her only qualification for being “inspiring” is the color of her skin and the fact that she's the first lady, which again, is race-related.

With the Obama's time in office coming to a close, both President Obama and his wife have been giving their farewell speeches. It's sad that even after the election has come to a close and Donald Trump is clearly America's choice, the Obamas are still throwing potshots at the president-elect. During her speech, Michelle Obama was quick to fuel the irrational fears of many by trying to make herself look inspiring. She's calls out immigrants and muslims in particular. She then says some things, which typical Obama fashion, contradicts things she's said in the past.

Watch her speech on the next page.