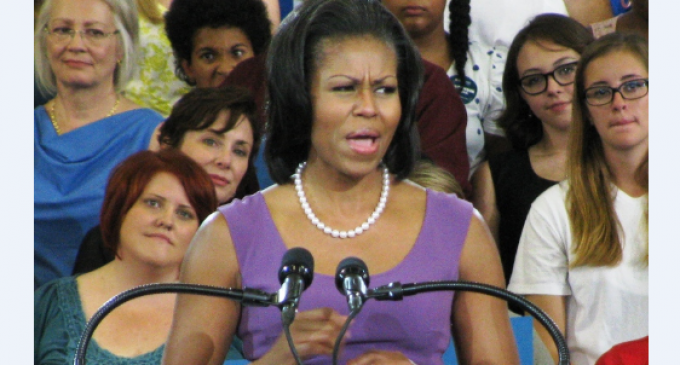 Good news America! Michelle Obama has publicly announced that she will not be returning to the White House, and she has no desire to run for president. Your pantries are safe and so are your white children. The First Lady revealed this information during her keynote speech at South by Southwest in Austin, TX, on Tuesday. And while she will no longer be first lady after this year, she says that she still plans on working with young people all over the world.

Her obsession with education has been an avalanche of sorts, first she dabbled in the health sector of public schools, to disastrous and expensive results, then she started granting scholarships to to young women for no other reason than the fact that they're African-American. While there's nothing wrong with a little humanitarianism, it isn't humanitarianism if there's an agenda connected to it.

You can read her reasons for not wanting to be president on the next page.