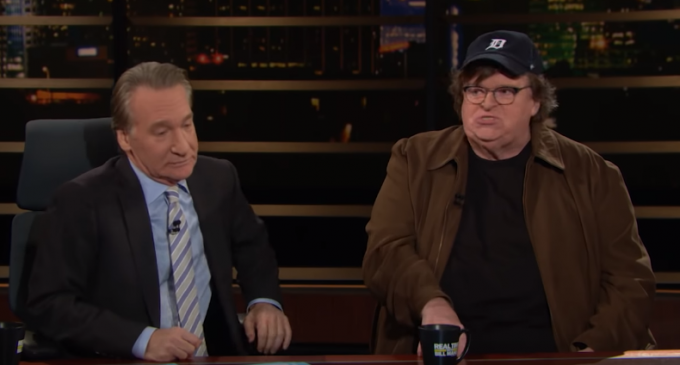 On Friday’s episode of HBO’s “Real Time,” Michael Moore declared that he will “join a million other people surrounding the United States Capitol” in order to stop President Trump’s Supreme Court nominee from being voted on.

The liberal activist and documentarian told host Bill Maher that if Trump's nominee for Associate Justice is confirmed that ‘it's over' for the left.

“Bill, let me tell you something. This judge goes through… at least all of our lives it's a right-wing court. That's it. It's over,” Moore said. “And, if this is the last American president…” Moore added as a final doomsday scenario for the progressives. Moore insinuates here that Trump is killing off our Republic and will become a dictator.

Moore said he doesn't “trust every Democrat” to vote against a Trump nominee.

“We've got to hold the Democratic seats we have. But look, 90 percent of incumbents are always returned,” Moore continued. “The Democrats in Montana and North Dakota, West Virginia, they've got to do their job. They'll do their job. Our job is to win Nevada, Arizona and Tennessee and they could all be won!”