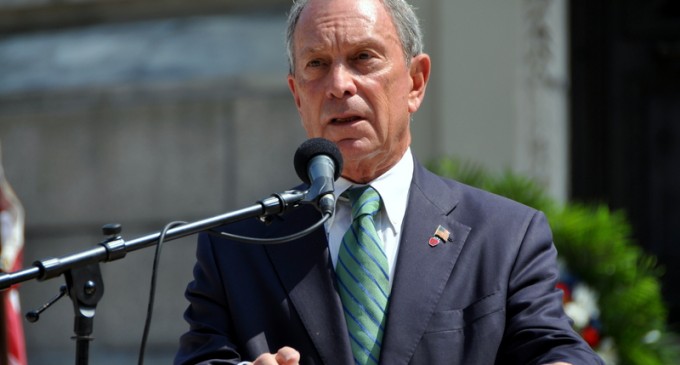 The Democrat party, which bills itself as the party of diversity, has just added a potential new presidential candidate to its roster… Michael Bloomberg, the 73 year old white male billionaire and former mayor of New York City. The other probable candidates are 68 year old white female Hillary Clinton, and 74 year old white male Bernie Sanders.

However, there is more in the stew than just the fact that all of the Democrat candidates are old white people. It is that Bloomberg backs Clinton, but is disturbed by her many falls, not the least of which is her possible indictment over the email scandal and private server now being investigated by the FBI.

If Clinton is able to shake off her legal problems and be “crowned” the Democrat candidate, Bloomberg will stay out of the race. If Sanders prevails, Bloomberg is contemplating entering the race as an independent, albeit with a decidedly Democrat orientation, because as a wealthy and successful businessman he is put off by Sanders Socialist blather, and because he feels that he could pull votes away from candidates Trump or Cruz since Establishment Republicans are unhappy with both choices.

It is either a pragmatic or a very cynical position, depending on where your preference lies.