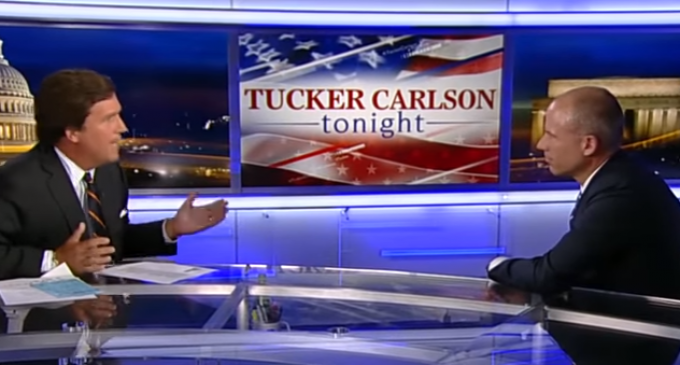 Carlson explained during his introduction that Avenatti has always demanded that Tucker cease calling him by “a certain, unflattering nickname” and that the only way Avenatti would come on the show is if it were not used.

“We haven’t agreed to that demand, but tonight, as a gesture of goodwill, we will not use that nickname,” Carlson vowed. “Because we’re always grateful when guests are brave enough to show up in person, including in this case.”

“We could sit here and hurl insults at each other for the segment. Already done that,” Carlson told Avenatti. “I’ve certainly insulted you. You’ve insulted me. But you seem smart, so let me take you seriously as somebody who wants to be involved in the public conversation.”

Now Avenatti is calling Carlson a liar and criticizing Fox News for what happened.

Turn the page for the interview and Avenatti’s challenge to Carlson after the explosive interview: