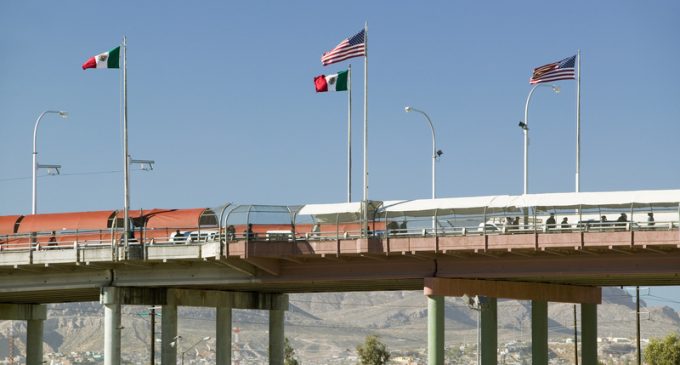 It's been a source of fascination that the Mexican government has been so eager to make it as easy as possible for its citizens to leave their country. Does an exodus from a nation not indicate that perhaps something is wrong at home? Wouldn't a responsible government wish to improve conditions such that its people would want to stay rather than flee poverty, crime or whatever is motivating them to leave?

On the other hand, perhaps it is a misplaced sense of pride — the idea that by limiting immigration from Mexico that the U.S. government has somehow insulted Mexicans by declaring them to be undesirable.

This is absurd. Hispanics have been and are very welcome in the U.S., just not all of the ones who wish to come here. And to further defuse such a silly argument, I'm sure we could think of some non-Mexicans in the U.S. we would love to see move to Mexico.

More on Mexico's latest battle against any attempt by the U.S. government to limit immigration from their country is on page two.