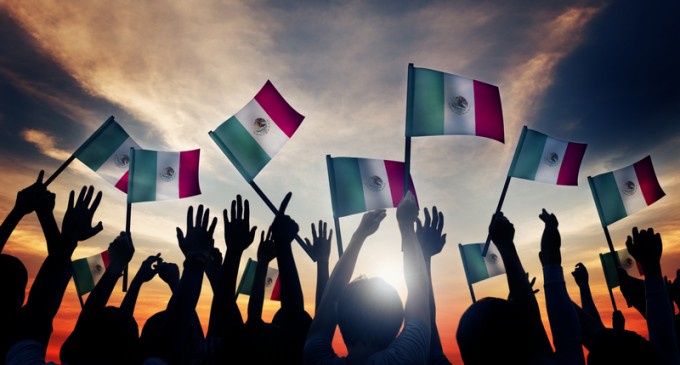 Former Mexican President, Vincente Fox has made his opinions of Republican frontrunner, Donald Trump clear on multiple occasions, claiming he won't pay for “that f__ing wall.”

Many liberal groups who favor open borders also oppose Trump for his desire to secure our border and country.  Future inmate, Hillary Clinton, and Senator Elizabeth Warren have also been piling on in recent days and weeks.  But the attempt to derail the Trump train has escalated even further now.

Elements within the Mexican government are actively attempting to interfere in the 2016 election, by undermining Donald Trump.

While Mexican officials claim that they respect our county's sovereignty, it is obvious that they do not.  They already turn a blind eye to criminals from Central America using their country to illegally enter the United States, and many believe they actively encourage it.

While there are harsh penalties for entering Mexico illegally they have stated time and time again that the United States has no right to protect our own border.

Not only do they not have respect for our sovereignty in regard to our borders, but now they don't even respect Americans' rights to choose our elected leaders.  Mexican diplomats are working tirelessly at consulates all around to country to help Mexican residents in the United States gain citizenship.

Mexico claims that they are not really interfering because it is actually “community organizations” offering advice.  To find out who in the United States is in cahoots with the Mexican government's election tampering, continue on the next page: