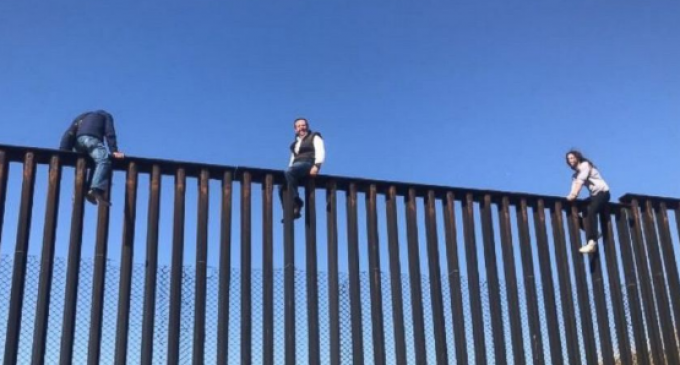 A Mexican congressman climbed a 30-foot high section of the Mexico-U.S. border wall as a protest against President Donald Trump’s plan to build a wall as a barrier across the southern border to deter illegal immigration.

Braulio Guerra, a congressman from Queretaro in central Mexico, tweeted photos of him atop the wall to prove that the wall will not stop illegals from entering the United States.

As reported in The Hill, Guerra provided photos and video to show how he was able to scale the wall. Learn more about the stunt on the next page.