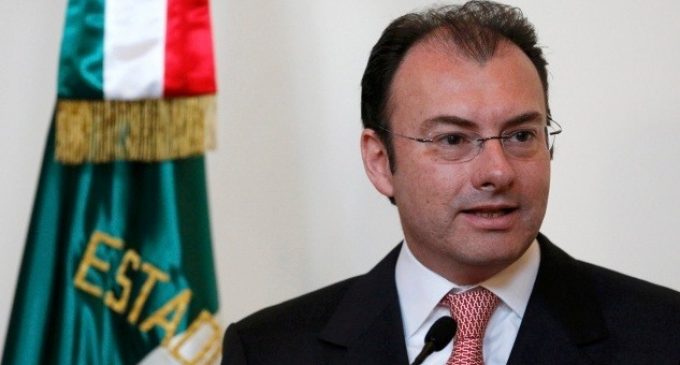 There are plenty of “warnings” being issued these days to the United States from foreign leaders.  When looked at in the overall big picture, this is sort of a feather in the cap of President Trump, considering that in the preceding eight years, the only warnings issued to the United States were from its president.

Mexican officials have now taken their turn at bashing the U.S. as the foreign secretary, Luis Videgaray vowed that if America decided to build a border wall, they would sue us in U.S. courts (and presumably in a global court of opinion) to halt any incursion upon the rights of Mexicans.

Vaguely referring to the Treaty of Guadalupe (1948), Videgaray used this as a catalyst for not only a lawsuit for violating international law, border treaties, and environmental treaties, but also took the opportunity to liken Americans to Nazis.

“[Mexico] has been a tireless promoter of openness to the world, to open up to us, we must recognize that we face new circumstances, some of them unpublished and others that are reminiscent of things that happened to the world decades ago.”

It sounds as if the Mexican foreign secretary has been taking civics lessons (or money) from George “Evil Puppet Master” Soros himself.  This bid to equate the current administration to Nazi Germany turns a microscope in the opposite direction to peer directly at the underlining reasons for keeping borders completely open.

Take, for instance, the reference to open borders in Videgaray's next statement:

“Today in the world there are threats to our paradigms of international coexistence that have been in force for decades.  It is undeniable that there are outbreaks of isolationist protectionism, outbursts of nationalism that try to close the world and beyond that, from political actors of very diverse origins in different latitudes, question the principal of global integration.”

What all those words boil down to is an insulting Leftist vision of what Trump and his supporters are to anyone who wants open borders.  What have those “decades” of open borders and “international coexistence” given us?

How about tens of thousands, perhaps even hundreds of thousands, of bad actors from both the Muslim world and MS-13 gang members, among others, who have infiltrated this country and have perpetrated some of the most horrendous crimes against humanity.

Read more into these comments on the following page.