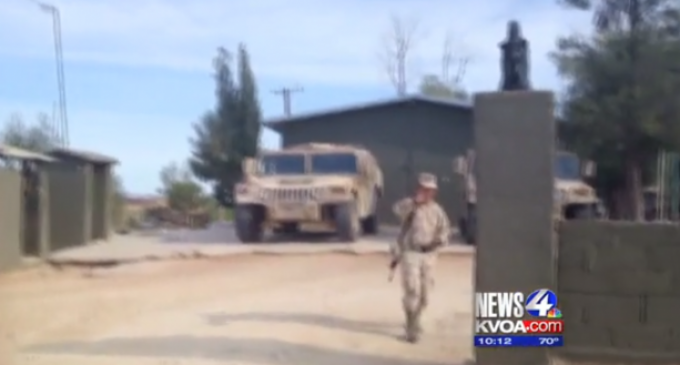 3 people were shot in March by members of the Mexican army crossing our border without authorization. Not an uncommon occurrence, these Mexican soldiers not only shoot at American citizens but challenge federal agents.

Arizona citizens testify how these soldiers will come over in the middle of the night, dressed in black in full body armor carry fully automatic weapons threatening citizens.

The Mexican Army has been caught crossing our border 300 times in the past 18 years. That’s caught. This doesn’t include the hundreds, or maybe thousands of times we haven't caught them.