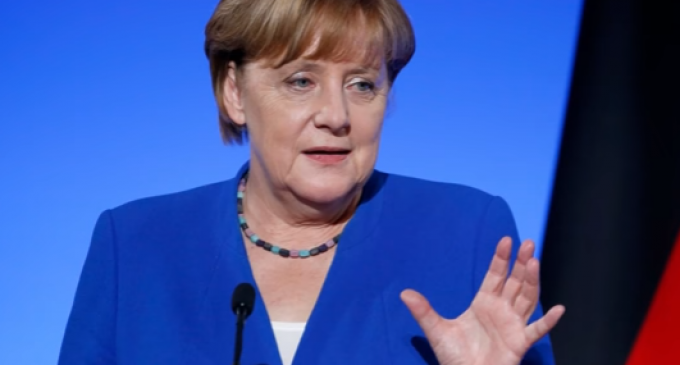 It's safe to be a Muslim in Germany, but for Christians, the situation couldn't be bleaker. Angela Merkel made a shocking statement today regarding the Muslim migrant crisis blowing up all over Germany.

The refugee situation in Europe is so bad even big time globalist news outlets like the BBC acknowledge it’s a full fledged crisis.

But, God forbid Angela Merkel take a page out of Trump’s book and try Germany 1st. Instead, she is in cohorts with Canadian Prime Minister Justin Trudeau, yes the very same one who told the U.S. to scrape America 1st and join the group trying to form a New World Order.

Things would be okay if Merkel, Trudeau, and the rest of the globalist gang were just a bunch of misbehaving kids that needed a little more parental guidance and a sound spanking. But, alas these are the leftist leaders attempting to compensate for low Western birth rates by importing millions of refugees from predominantly Muslim countries.

There are over 65 million refugees in the world. But, God forbid we bring any of the Christians or ones from countries with more respect for civility.

And no, it’s not racist or Islamophobic to bring up the issue of civility or the lack thereof in connection with the bombshell news Angela Merkel dropped today on Muslim migrants. Merkel’s shocking statement today regarding bringing in more migrants and the crisis unfolding in Germany on the next page.