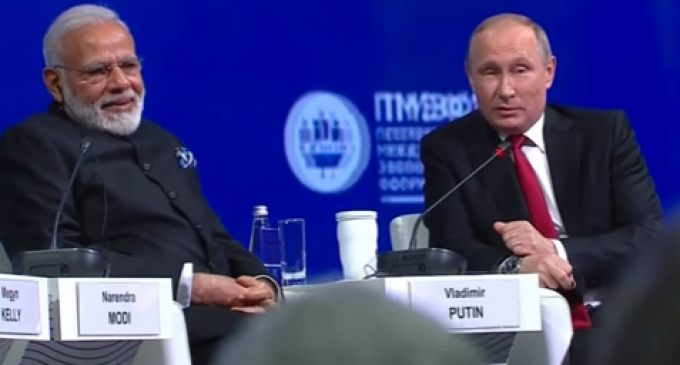 Megyn Kelly is back in primetime — and she's making quite the entrance.

The last time Kelly appeared on network TV, it was to host a special interview with Donald Trump.  The segment was highly anticipated, thanks in large part to the public feud that erupted between the two stars following the second Republican presidential debate. But despite the promise of fireworks, the interview didn't generate much news. The most surprising aspect of the conversation may its surprisingly cordial tone.

This time, however, Kelly seems to be pulling no punches. In the first episode Sunday Night with Megyn Kelly, Kelly managed to nab the only man in the United States who may be a bigger ratings-draw than Donald Trump — Vladimir Putin.

The interview won't be aired until Sunday night, but video of the panel that preceded the interview has been posted online — and it previews what is sure to be a tense conversation between the Russian president and NBC News host.

Watch Kelly question Putin about Russian election interference on the next page: