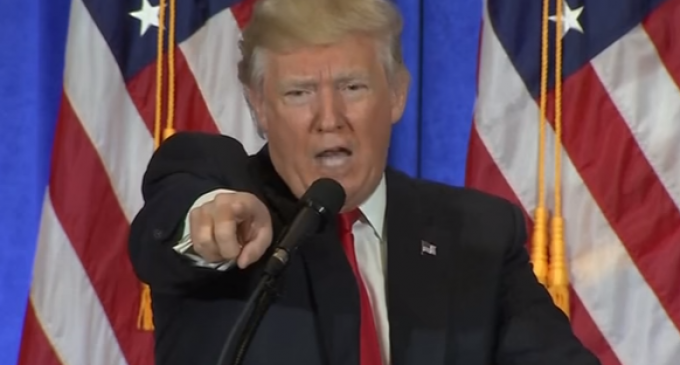 PEN America, a coalition of writers and journalists, filed a lawsuit on Tuesday against President Trump which alleges that “official acts” by President Donald Trump have “violated the First Amendment and his oath to uphold the Constitution.”

“He has threatened to engage, and has engaged, in conduct intended to retaliate against specific news organizations and journalists whose content and viewpoints displease him,” the lawsuit reads. “Through his actions, Defendant Trump has intentionally conveyed to all writers and journalists that if he objects to their coverage, they may be subject to retaliation by the federal government.”

The lawsuit also states that Trump “has made eminently clear his disdain for the press and the legal protections the First Amendment affords it. He has frequently referred to journalists covering his rallies as ‘disgusting’ and has stated, more generally, that it is ‘frankly disgusting the way the press is able to write whatever they want to write’ and that ‘people should look into that.’”