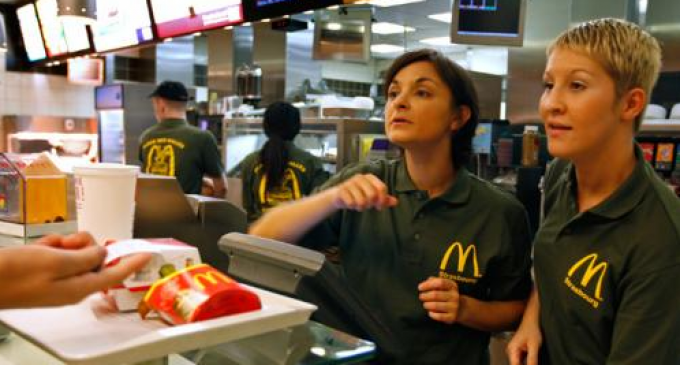 “The Three Laws of Robotics:

2: A robot must obey the orders given it by human beings except where such orders would conflict with the First Law;

3: A robot must protect its own existence as long as such protection does not conflict with the First or Second Law;

No one can deny that the love affair that man has had with the robot throughout much of this and the last century has been one that has highlighted with a lot more with the “affair” part than with the “love” component.

Throughout the industrial era in America, the thought of the common worker was that anything that put him/her out of work was a bad thing.  We can really go all the way back into the 1700s to see how automation grew at an astounding rate as men looked at better, more efficient ways of performing back-breaking tasks.  The invention of the assembly line was one of those very simplistic sounding concepts that would change industrial life forever, as well as fuel a revolution so profound as to launch the United States into an era of invention that is unrivaled by any nation heretofore.

Robotics may not have been the plateau imagined, but it was certainly a result of the school of thought that imagined a time when man could finally perpetuate everyday tasks without ever having to lift a finger.  Many of today's retail outlets, offices, businesses, and even our homes, benefit by the existence and work of robotic units, some so unobtrusive as to be nearly invisible.

In Pennsylvania, New Jersey and Delaware, the very popular WaWa food market chain which creates many of its dairy products through its farms in WaWa, Pennsylvania, was one of the first stores way back in the 1990s to dabble in the robotic order-taking business.  It was a strange crossover at first, but has become essential to the chain in many ways.  WaWa stores have a burgeoning sandwich business that rivals the scope and popularity of Subway.  When you initially walk in the door for a sandwich, your first stop is at the robotic kiosk that allows you to build your sandwich from the bottom-up, including the types of breads, lunch meats, cheeses, the fixin's, and whether the sandwich is toasted or not.  Before you know, the sandwich is in your hands without ever having had to utter a single word to the sandwich magician behind the counter.  Very cool.

McDonald's has decided to join that revolution.  Read on the next page about how this will be done and how many workers will be affected!