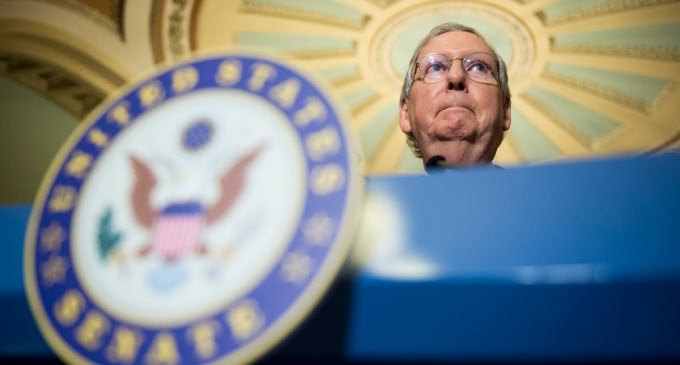 The Republican establishment finally seems to have given up taking veiled jabs at their own nominee. Instead of supporting Hillary Clinton's cause by refusing to endorse her opponent, they're finally just supporting her outright.

Senate Majority Leader Mitch McConnell, arguably the most important congressional Republican, made the jump in an interview this week, in which he blasted Donald Trump while heaping praise on Hillary Clinton.

Really, it was only a matter of time. While his comrade in the House, Paul Ryan, eventually endorsed Trump, he only did so after weeks of dramatic hand-wringing and public consideration. They may say that they are just taking time to learn about their party's nominee, but their lack of support is de facto support for Trump's opponent, Hillary Clinton.

Their refusal to support Trump publically says to the general public that not even the Republican party itself wants Trump. Of course, primary results say otherwise, but in politics, perception is everything.

See what McConnell said about Trump and Clinton on the next page: