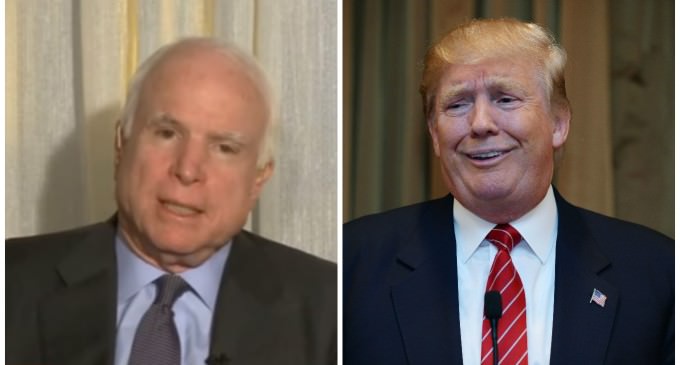 Muslim hatred for Americans worldwide has nothing to do with Trump's rhetoric that has turned Muslims “against the United States of America.” Nor does the the “bloviating” by the candidates about the refugees have anything to do with the angst of Muslims against America.

Nothing that Trump or any other of the candidates have said has made “Muslims all over the world” turn against the U.S., but rather the leaders of Middle Eastern nations that call America the “Great Satan”, in the name of Allah, since before you were born and Islam has been at war with the Christian West for 1500 years.

As expected, Trump responded to ‘Dear John' because of the remarks on Sunday on CBS’s “Face the Nation.”  He addressed the statements on MSNBC’s “Morning Joe,” on Monday, immediately challenging McCain's flawed statements.

Read more on the next page of Trump's response regarding being loved by Muslims.