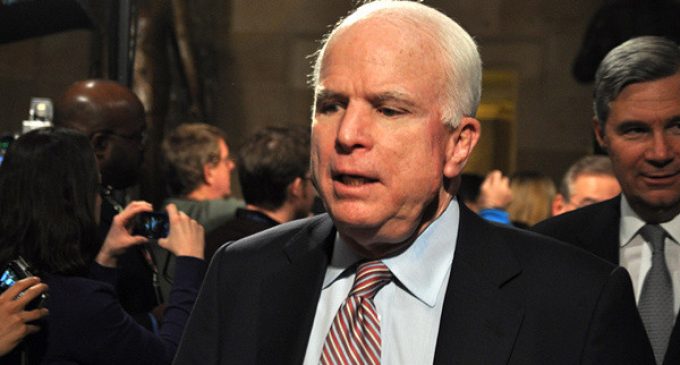 As Washington and the rest of the country reels from the news Arizona Senator John McCain has the most aggressive form of brain cancer, immediate focus is on what course of treatment he will pursue and what the prognosis for recovery is.

Well wishes have poured in from prominent political leaders and citizens across America for the 80-year old Senate veteran.

McCain’s doctors at the Mayo Clinic in Phoenix acknowledge that McCain has a primary brain tumor known as a glioblastoma. The cancer was discovered when Mayo neurosurgeons removed a blood clot and what they suspected was malignant tissue from above the left eye of the senator last Friday.

While awaiting the pathology report, McCain’s family and staff tried to put the best face on the situation. But yesterday the hospital and family confirmed their worst fears.

The likely treatment moving forward will be a combination of radiation and chemotherapy. The McCain family is reviewing its medical options now.

Medical experts have begun to weigh in on McCain’s prospects for recovery and the long odds he faces in beating the most serious form of brain cancer. On the next page, learn their viewpoint on McCain’s dire prognosis and what other prominent American senator died from the same illness.