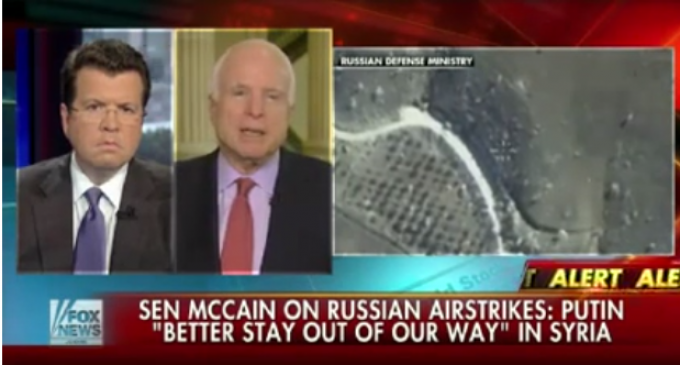 John McCain added onto his reputation not being quite sane today when he suggested that the US should arm Syrian rebels, aka Islamic radicals, with weapons to shoot down Russian planes now bombing anti-Assad forces.

I don’t suppose these rebels would also shoot down commercial airlines would they?